The stakes have increased for Kamala Khan in Ms Marvel Episode 3 as a result of her ancestor bracelet luring undesirable guests.

We confirm the air date and time for Ms Marvel Episode 4, give a summary of Episode 3 and give a sneak peek at the upcoming episode.

The Ms Marvel miniseries, created by Bisha K. Ali for Disney Plus, will follow Iman Vellani’s Kamala Khan as her new abilities awaken to transform her into Ms Marvel. The six-episode series will also make an appearance in the upcoming The Marvels movie, which will star Brie Larson as Carol Danvers, a.k.a. Captain Marvel.

Kamran’s mother Najma and her allies are ClanDestine members or Djinn from another realm.

Kamala immediately realized that Najma and the other Djinn would do everything to use her bracelet to fly home during her brother’s wedding, which caused a disturbance.

Kamala’s Nani’s call set up the next episode. Kamala had to explain Bruno’s injury and Damage Control’s capture of the Djinn to her parents.

Kamala will visit her Nani in Karachi in episode 4 after they both saw a train from there.

Damage Control will make an effort to stop the Djinn from wreaking havoc, but how long will it work? Due to his injuries, Bruno might also be unable to play, which might ultimately lead to his decision to transfer to Caltech.

Nakia, who was shocked that she wasn’t taught about Kamala’s powers in the first place, will also need to be told about them by Kamala.

In line with other Marvel programmes like Moon Knight and others, Ms Marvel will air six episodes throughout its initial season on Disney Plus.

When Can You See All Six Episodes of Ms Marvel?

The programme may be seen in the UK starting at 7 a.m. BST. Continental European viewers will have to wait until the finale airs in Germany, France, Italy, and Spain at 8 a.m. CEST. Episode 4 premieres at the ideal moment for Australian viewers at 5 p.m. AEST. 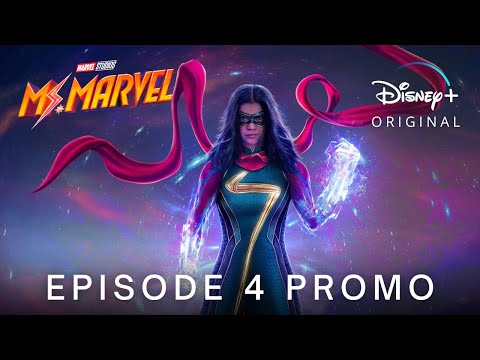 What is the Real Name of Ms Marvel?

Does Ms Marvel hail from Pakistan?

Amanat’s life story served as some of the inspiration for Kamala’s persona in the original comics. Amanat, like Kamala, is an American-born Muslim from Pakistan who grew up in new jersey.