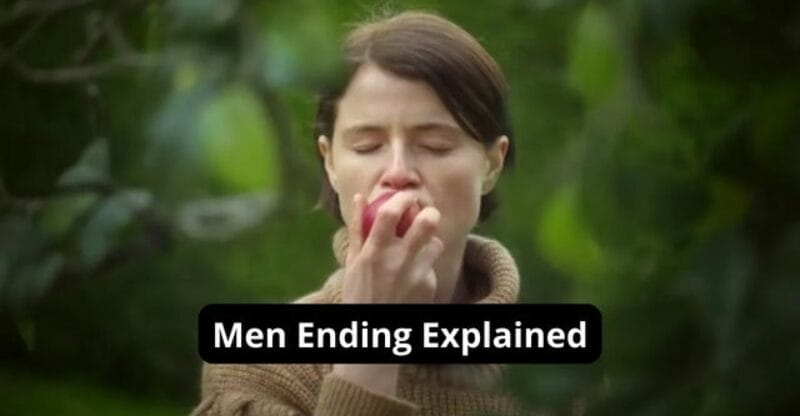 You are at the right place. Here you will find information about Men Ending with an explanation.

Harper Marlowe goes to the English countryside after a personal disaster, trying to find a place to heal. However, she appears to be stalked by something or someone in the nearby woods.

As the fear builds, it transforms into a full-fledged nightmare, populated with her deepest fears and memories.

Alex Garland is unusually quiet when talking about the meanings and possible subtexts of Men, his new and terrifying surrealist horror movie. 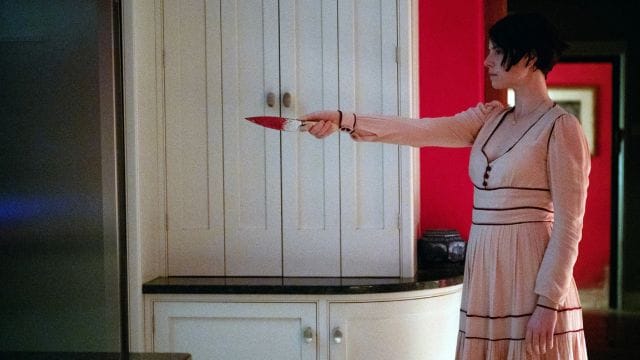 As a storyteller who always seems as intelligent as the movies he’s written, such as 28 Days Later, Never Let Me Go, and Ex Machina and Annihilation, which he also directed, Garland is again thoughtful when talking about Men before it comes out.

But maybe more than with any of his other work, he also feels the need to be vague about a movie that ends with Rory Kinnear giving birth to himself. Repeatedly.

Garland said at a press conference after a screening that Den of Geek went to, “It all gets a little bit psychoanalytical if I talk about it too much.” “I think it could be a problem.”

Eventually, he went on to say, “In this particular film, I wanted to take a step back because there’s a part of it that is what the film is because of how different people see it.”

Men is an art piece that, more than most movies, doesn’t have a single explanation for why things happen the way they do.

For example, it’s not clear why Jessie Buckley’s character, Harper, is haunted by a hundred different versions of the same face (played by Rory Kinnear) or why that face grows leaves and reveals it has a womb where it will keep having babies until the man Harper once married (Paapa Essiedu) comes back from

It all begs to be questioned, but it’s impossible to give a clear answer. Even so, we think there are enough clues in the movie to figure out what’s happening.

Even down to the Green Man sculptures that Garland cuts to a lot to show how the self-procreating Kinnear shows a basic, basic horror that has always been there in the relationships between men and women. So let us explain our interpretation.

What Can We Make of This Ending?

One interpretation is that James’ desire for Harper’s unconditional love and forgiveness is childish. James is driven by his demands, like a newborn with its mother. 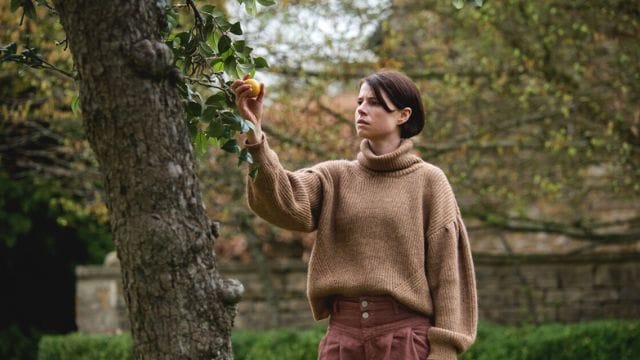 “Men” giving birth to themselves repeatedly illustrates this dynamic. Their pained cries echo a baby’s cry for its mother, as do the men’s grabs for Harper. This grasping no longer feels spiteful but a simple want for her care and attention. James confirms this by saying he wants Harper’s affection. James and his male aliases utilize horror and remorse to trap Harper in the relationship.

The film subverts “original sin” by giving each man an identical face and employing biblical iconography. Instead of all women inheriting Eve’s faults, perhaps all men inherit the patriarchy’s sexist urges. This reading of the film (from the trailer or title) has already incited heated responses from “Not All Men.”

“Men” has other meanings, but this is the most plausible. Despite its gender-role analogies, the female lead is unattainable. 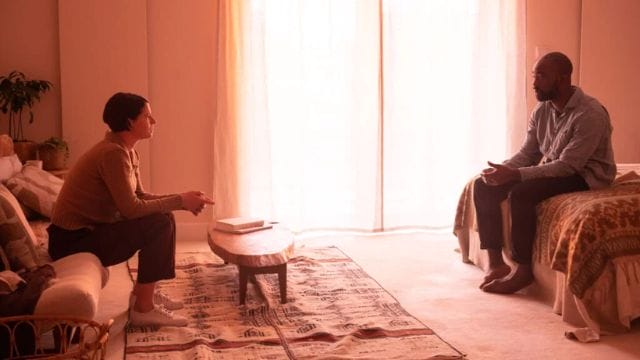 We know most about Harper through her abusive marriage and brief exchanges with Riley. She’s good at protecting herself, but the film doesn’t have time to explore her character unless that’s intended.

Is the movie Man any good?

Alex Garland’s most recent piece of cerebral genre writing is a story right on time. But the people who need to see it might not go looking for it.

What happens when “Men” ends?

In the end, Harper’s friend Riley, who we find out is pregnant, shows up at the house. She sees the chaos from the night before, including the dried blood on the path to an open door. And she doesn’t freak out, even though she knows her friend is in danger. She then sees that Harper is still alive. 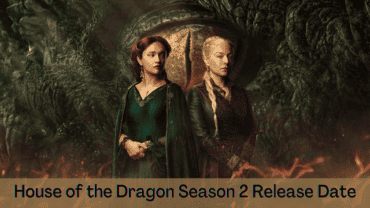