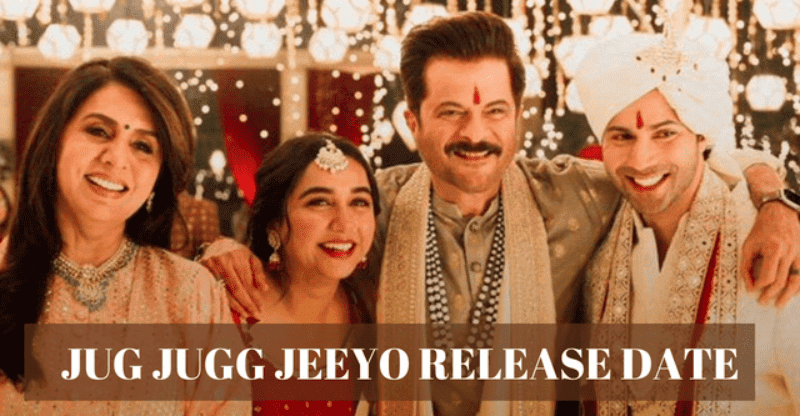 “There is nothing like family, and we should constantly celebrate that, in my opinion. The association, the sentiment, the sensation! Family is celebrated in #JugJuggJeeyo! Coming to theatres near you on June 24, 2022,” Karan Johar said with a trailer for the movie that establishes the tone and implies that Jug Jugg Jeeyo is focused on the institution of marriage. 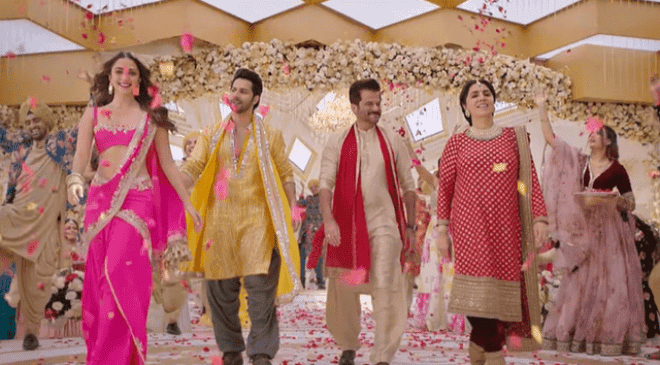 Additionally, Varun Dhawan and Kiara Advani’s characters appear to be getting married in the first batch of movie stills that Karan Johar revealed. The photographs and motion posters were also shared by the film’s leading actors.

The family comedy-drama is produced by Karan Johar’s Dharma Productions and is directed by Good Newz director Raj Mehta. Maniesh Paul and Prajakta Koli are also featured in the film. Jug Jugg Jeeyo’s filming was recently completed by Neetu Kapoor. In an Instagram post, she made the same disclosure. She is wearing Indian clothing and holding a Heena in the photo that she shared.

Raj Mehta directed the movie, and the teaser made it clear that it will be released in theatres on June 24, 2022.

The Jug Jugg Jeeyo trailer was released on YouTube by the movie’s producers. It sends our emotions on an emotional roller coaster. The movie appears to deal with the difficulties of relationships, based on the trailer. The creators appear to have more in store for us, though.

Below, you may see the Jug Jugg Jeeyo trailer:

Jug Jugg Jeeyo’s trailer was announced by Kiara Advani a day earlier, on May 20. The actress said on Instagram to spread the news, “The great family reunion’s secrets will all be disclosed tomorrow at 3 pm! On June 24, the movie “JugJuggJeeyo” will be released in theatres. (sic).”

The cast of Jug Jugg Jeeyo, which was directed by Raj Mehta and produced by Dharma Productions, includes Anil Kapoor, Neetu Singh, Varun Dhawan, Kiara Advani, Prajakta Kohli, and Manish Paul. The movie’s music was composed by Tanishk Bagchi, while Jay Patel filmed it on location. Netflix’s newest movie, Thar, has garnered favorable reviews, however, the makers haven’t provided any information on Digital Rights. The filmmakers will make all the details public after June 24, so stay tuned; as soon as we receive the official announcement, we’ll update.

Jug Jugg Jeeyo’s OTT release date hasn’t been set yet, but we’ll let you know as soon as we learn the official details.

Which of these well-known newscasters appears in the forthcoming film, “jugjugg jeeyo”?

Along with Manish Paul and Prajakta Koli, the movie also stars Varun Dhawan, Kiara Advani, Anil Kapoor, and Neetu Kapoor. On June 24, 2022, the movie is slated for theatrical release.

Who is the director of Jug Jug Jiyo?

Raj Mehta will be the director of the forthcoming comedy-drama Jugjugg Jeeyo, which will be made by Dharma Productions and Viacom18 Studios.