The White Lotus, HBO’s star-studded social satire set at a luxurious Hawaiian resort, was without a doubt one of the most talked-about series of last summer. Here’s all you need to know about The White Lotus Season 2.

Though the season’s conclusion is quite conclusive, further editions of the blockbuster series are not ruled out. Indeed, HBO has already confirmed a second season for The White Lotus, albeit it will be much different from the first six episodes.

Mike White, the show’s creator, plans to return with more dark humour, albeit he’ll do so in an anthology style, with new characters and a new setting. Here’s all we know about the second season of The White Lotus.

The White Lotus: Will There Be a Season 2?

Yes. Before the first season’s conclusion, HBO stated that the show will return. But there’s one problem. Because it’s an “additional instalment” rather than a new season, HBO is calling it “a second instalment.”

Since The White Lotus is an anthology series, that’s the reason. The White Lotus resort in Hawaii will not be the setting for the upcoming season, which will be written by series creator Mike White.

Instead, it will be one of the other properties owned by the same corporation, but in a different location.

“The second chapter of The White Lotus leaves Hawaii behind and follows a fresh group of tourists as they jet to another White Lotus property and temporarily reside among its inhabitants,” according to the press announcement. ” This may be “White Lotus: San Tropez or something,” as White previously hinted in an interview with TVLine.

Where will Season 2 of The White Lotus take place?

So, what’s next for the series, which is now a collection of stories? Aside from Coolidge’s return, we might see a whole new cast, a new resort setting (still tropical? or maybe colder? ), and more shots of rich people getting into trouble.

In an interview with Entertainment Weekly, the show’s creator, Mike White, said that the show might be moved to a different country, partly because it would be easier to do so.

White said, “We’d go somewhere else since there’s no way we could pay for the Four Seasons in Maui if there was a pandemic.” “So, it would need to be like The White Lotus: Kyoto. Which would be fun because we could talk about how different cultures clash and other similar things.”

The Hawaiian luaus are being replaced with Italian feasts at the White Lotus. According to Variety, production for the second season will take place in Sicily Italy, at the Four Seasons San Domenico Palace in the upscale Sicilian resort town of Taormina, according to a source.

The show will employ a Four Seasons to portray its resort for the second season, while season one was recorded at the premium chain’s Maui facility.

Michael Imperioli (The Sopranos) and Aubrey Plaza will make their debuts next season (Parks and Recreation). Imperioli was the first new cast member revealed for season 2, and he’ll portray Dominic Di Grasso, a vacationer with his aged father and college-graduate son.

Plaza plays Harper Spiller, a vacationer with her husband and his pals. So far, that’s the only casting news we have, but HBO often drops huge names, so stay tuned.

Since the new season takes place in Italy, Italian actors have been cast as resort residents. Sabrina Impacciatore will play Valentina, the Sicily resort manager, according to Deadline. Beatrice Grannó and Simona Tabasco portray locals Mia and Lucia.

The White Lotus Season 2 has yet to be given an official release date. On February 28, Variety announced that work on the new season had begun.

Trailer of The White Lotus Season 2

What is the storyline of White Lotus?

The series follows holidaymakers as they rest and rejuvenate in paradise for a week. With each passing day, a deeper depth emerges in these picture-perfect guests, the hotel’s kind staff, and the lovely setting itself.

Is White Lotus based on actual events?

The White Lotus was not even based on a genuine tale, according to The Cinemaholic; it was solely the creation of Mike White, who wrote, directed, and executive-produced the HBO drama. 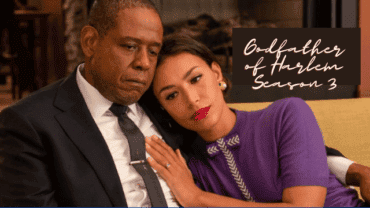