The web series Squid Game has become a worldwide sensation. Hwang Dong-Hyuk is the director and writer of this film.

In the series, there is a dangerous game, but the director also introduces economic disparity and fraud throughout the tale. Squid Game has become the most popular show on the planet.

This web series has become the world’s most-watched Netflix show in two weeks. It is a South Korean film that will be released on September 17, 2021.

Who Could Be The Expected Cast of Squid Game Season 2?

By the end of season one, the majority of the characters had died, and no matter how much we loved them, they were no longer with us. Only flashbacks may allow them to return, however, there are a few characters that are certain to return:

The writer and director revealed in November 2021 that Seong Gi-Hun, the solitary survivor of Season 1, would feature in the sequel.

He told the Associated Press, “I promise you this: Gi-Hun will return, and he will accomplish something for the world.”

What Would Be the Expected Plot of Squid Game Season 2?

It’s possible that Gi-Gun may be the focus of subsequent episodes, as he attempts to hold the Front Man and other game administrators responsible for their actions.

According to Dong-hyuk at Deadline in March 2022: ‘I can only say there will be more fantastic games.’ Until then, I’m just scribbling down ideas for season 2. Writing has yet to begin for me.”

A year later, the show’s creator gave an interview to Vanity Fair, in which he talked about what to expect in the future. Humanity will be put to the test once more through these games,” he said. But there’s a chance the rules of such games could be altered. It’s possible that if they had been able to communicate with one another and work together, there would have been more winners.

What Game Challenges Can We Expect?

The show’s twists and turns and the revelation of the show’s titular competition’s death-game nature further contributed to the show’s first season’s excitement.

Dong-hyuk, on the other hand, is likely to have to come up with new methods to surprise his audience, notably through the show’s in-world games, now that many viewers will be familiar with the show’s primary idea. Season 2 of Squid Game will certainly benefit from increasing the stakes, nature, twists, and drama inherent in these games to a greater degree.

Squid Game’s second season is no exception to the rule. Although it’s no easy task, it appears that creator Hwang Dong-hyuk has the appropriate attitude to go on with his material after the success of one of the world’s most frequently binged shows (and a fascinating season 1 ending). Season 2 of Squid Game is sure to be equally as memorable as the first if he can keep the games and challenges fresh and exciting.

“The main scenario for season two is all in my thoughts,” Hwang Dong-hyuk told the press. I’m currently in the stage of brainstorming. It will happen someday, but I won’t be able to tell you when.”

Season 2 is expected to be released in late 2023 or early 2024, according to media reports. The second season of Squid Game is set to premiere in early 2022, according to Ted Sarandos, Netflix’s top content officer. 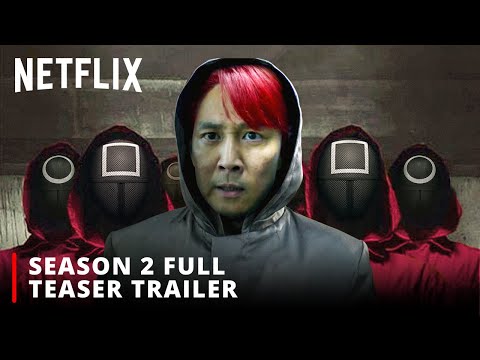 What Was The Box Collection of Squid Game?

After just 23 days of airing on Netflix, it had already broken Netflix’s previous record of 132 million viewers who had seen at least two minutes of the episode in the first 23 days, according to a Bloomberg report on the show.

Last week, ‘Squid Game’ had a record-breaking 111 million viewers on its OTT platform, making it the most-watched show overall. At USD 21.4 million, ‘Squid Game’ has a total production budget of USD 2.4 million per episode. According to sources, it had an impact value of USD 891.1 million.

“Squid Game” focuses on South Korea’s poorest and most disadvantaged, including a debt-ridden migrant worker and a North Korean defector, playing in a survival game modeled on traditional children’s games for a chance to win 45.6 billion won ($38 million). The losers of the game, on the other hand, die.