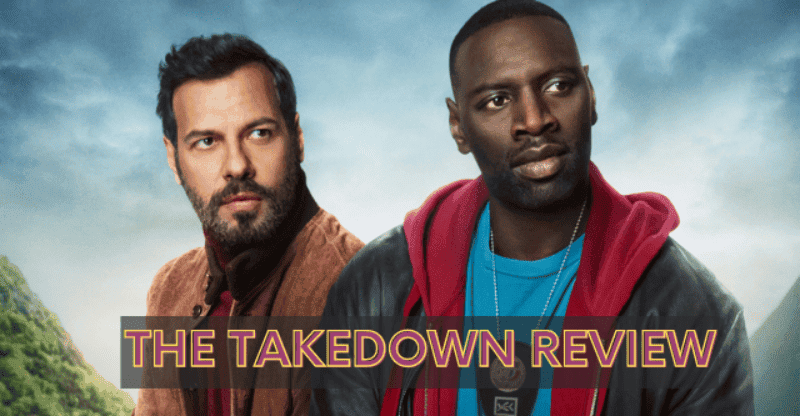 nocomments
Share Tweet Pin it Share Stumble Email
Home
Entertainment
The Takedown Review: Omar Sy Stars in the French-language Sequel to “On the Other Side of the Tracks.”

The Takedown Review: Given the success of their previous collaboration, the French thriller series “Lupin,” it’s easy to see why Netflix wanted to reunite actor Omar Sy and director Louis Leterrier in something, anything.

But U.S. viewers may be confused by the streamer’s choice of “The Takedown” as their follow-up.

About The Takedown Review

“The Takedown” is a follow-up to “On the Other Side of the Tracks,” a light buddy-cop action-comedy made in France in 2012 that was a hit there but was only shown in a very small number of theaters in the United States by The Weinstein Company.

On the other hand, “Fast X” has just been handed over to Leterrier. He will take over as director of the next “Fast & Furious” movie from the dull Justin Lin.

His credits include “Now You See Me” and the first two entries in the “Transporter” trilogy. So, a slightly increased curiosity factor can bring Netflix some unexpected rewards. Maybe.

“On the Other Side of the Tracks,” which you can find on The Roku Channel if you’re interested, introduced Sy’s character Ousmane Diakhité, a wisecracking, rule-breaking Black cop in the Paris suburb of Bobigny who clearly looks up to Eddie Murphy’s Axel Foley (his cell phone ringtone is “Axel F,” the theme from “Beverly Hills Cop”) and more or less gets close to Francois Monge.

David Charhon (“The Last Mercenary”) directed “On the Other Side of the Tracks,” which would not be considered generic if it had a few more unique qualities. Still, the movie gives some surprisingly strong insights into the racial and economic gaps in France. 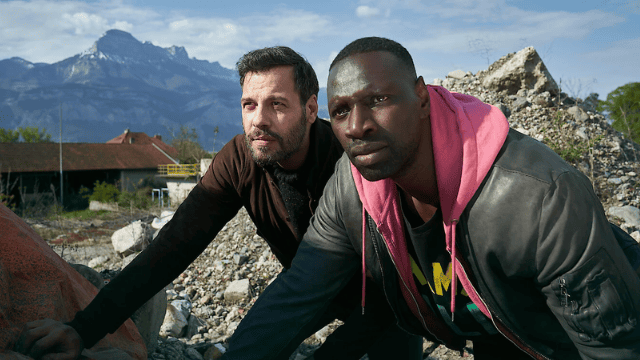 The Takedown Review Summed Up

I love it when things get funny at a sex club. Both Sy and Lafitte come from wealthy families and are self-satisfied narcissists. They are both good at playing street-smart single dads who lose their smiles when racists talk down to them.

If you haven’t seen the first movie, “The Takedown,” you might not like it as much. Even though their status has changed, the two main characters have stayed the same.

Monge would be a good cop if people didn’t make fun of him so much. “Too old for his hipster beard and metrosexual pants,” they say in his office. Ousmane now runs the Criminal Division in Paris from a small village in the French Alps. He has more power than Monge.

Stéphane Kazandjian, who wrote the script, reminds us that the last time they saw each other, Ousmane had to lead the rich Monge through the slums of Bobigny. Monge is used to a close-knit culture that isn’t overtly racist but doesn’t welcome people who aren’t white.

Ousmane and Monge find bones and move over stones slowly. The person who sold them drugs and brought them there liked to make methamphetamine in his mother’s barn.

The mayor of the town is a nationalist on the right. And it looks like a lot of people copied the style of the crowd that showed up in Washington, D.C. two years ago.

What Can I Expect from the Takedown Review?

All of this makes “The Takedown” sound far more intriguing than it actually is. To be fair, Leterrier does manage a few moderately entertaining pursuit scenes, including one that starts in a laser tag course and proceeds through a bowling alley and a go-kart track before ending in a busy supermarket.

And throughout the picture, his two leads are agreeably humorous and, for the most part, compelling. You shouldn’t be surprised if Kevin Hart and Jason Sudeikis play their roles in an Americanized remake. On the other hand, you should be shocked if anyone ever bothers to make a remake of this film.

“The Takedown” is now streaming on Netflix.