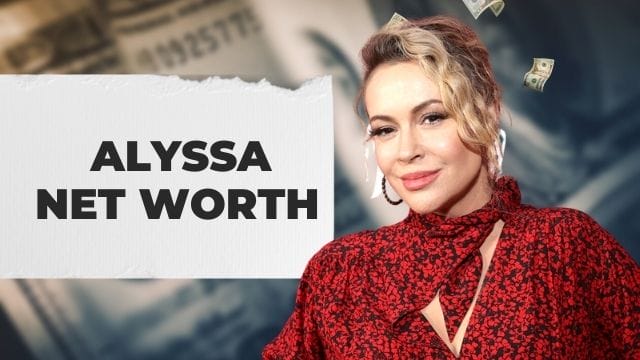 Alyssa Milano Net Worth: Alyssa Jayne Milano is an actress, producer, singer, author, and activist from the United States. Milano is most recognized as a political activist for her role in the MeToo campaign in October 2017.

In this article, we will explore the net worth of Alyssa Milano.

Alyssa Milano was born on December 19, 1972, in Brooklyn, New York City. Her parents are fashion designer and talent manager Lin Milano and film-music editor Thomas M. Milano. Their family comes from Italy, and she grew up in a Roman Catholic home. Cory, Milano’s younger brother, is ten years younger than she is.

When Milano was seven, her babysitter took her to an audition for a national touring company of “Annie.” The last thing her parents wanted was for her to do this. Milano made it through the auditions and was chosen for one of the four main roles, beating out more than 1,500 other people.

During her time in the play, Milano and her mother toured the United States with the touring company. They spent 18 months on the road. Once they got back to New York, she started acting in a few TV commercials and off-Broadway plays.

Milano was shot to stardom after landing a role on the sitcom “Who’s the Boss?” She was a regular on the show for eight seasons, ending in 1992. This role cemented her status as a household name and adolescent idol, allowing her to pursue a variety of other projects.

She co-starred in ‘Commando’ with Arnold Schwarzenegger when she was 12 years old. ‘Tender Offer,’ ‘All Night Long,’ and ‘Butterflies Are Free’ were among her theatrical credits. 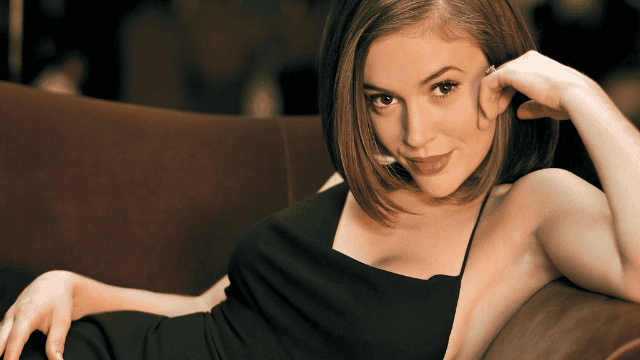 She was offered a five-album record deal after a Japanese producer saw her. Only four studio albums were released: ‘Look in My Heart,’ ‘Alyssa,’ ‘Locked Inside a Dream,’ and ‘Do You See Me?’

Milano featured in seasons 5-7 of ‘Melrose Place’ from 1995 to 1998. She later joined the cast of ‘Charmed’ as Phoebe Halliwell after quitting the series. The show lasted for eight seasons, ending in 2006. Milano has starred in films such as “My Girlfriend’s Boyfriend” and “Hall Pass” in addition to her television work.

Milano’s Beverly Hills property was briefly up for sale ten years ago. The $2.3 million home was built in 1987 and purchased by the actress fifteen years ago.

Her home is set in the heart of a 1.5-acre estate and has a built-up carpet area of 5,700 square feet. The property features three bedrooms, a large living room, a dining room, three bathrooms, a media room, a dark room for photographers, and a well-equipped library.

The rebuilt kitchen features high-end electrical appliances. Her house is built with an open floor layout in mind. Martin Lawrence, the famed Hollywood actor, previously owned the magnificent estate. Inside, visitors are greeted by a lovely well-kept garden adjacent to an open courtyard.

A huge outdoor swimming pool with pricey black tiles is available at the estate. Inside the house, there is a spa and a Jacuzzi for stress relief. Billiard tables have been installed in a spacious space that acts as the sports room. The mansion also has a home theatre system and a centralized air conditioner to keep you cool under the scorching Californian weather.

From 1987 until 1990, he was in a relationship with actor Corey Haim, who suffered from addiction throughout their time together. Milano and his management are said to have sought unsuccessfully to obtain him professional help. Scott Wolf, a fellow actor, proposed to her in 1993.

However, only a year later, they called off their engagement and divorced. She stated in 2019 that she had gotten pregnant with Wolf and had two abortions while they were still together in 1993, despite being on birth control at the time. 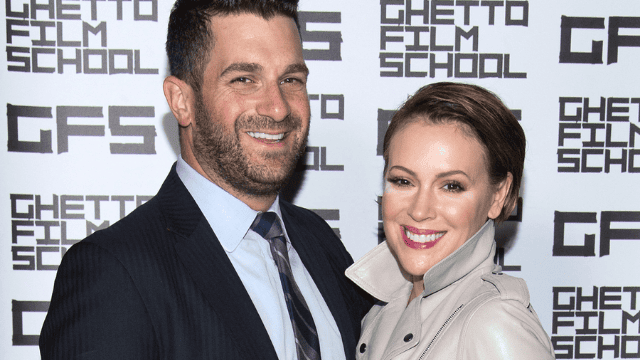 After a year of dating, Milano became engaged to David Bugliari, an agent at Creative Artists Agency, in 2008. In August 2009, they married at Bugliari’s family home. They have two children together, a son who was born in August 2011 and a girl who was born in September 2014.

Where is Alyssa Milano’s Address?

When does Alyssa Milano celebrate her Birthday?