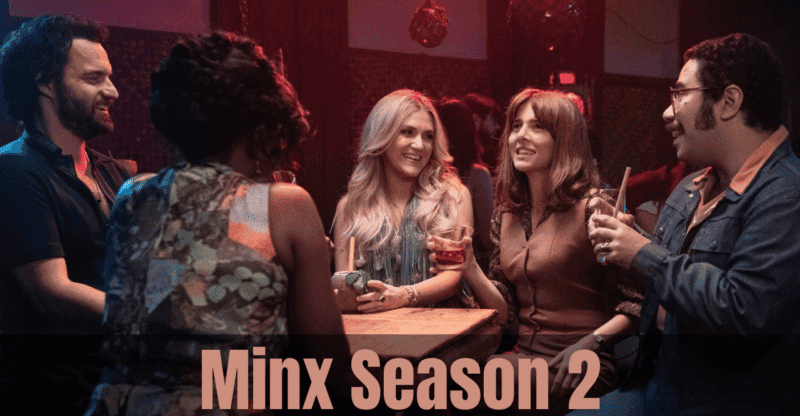 Minx Season 2: Is there any chance that HBO Max will order a second season of Minx following today’s amazing finale? Is this the conclusion of our journey?

We know that streaming shows can be terminated at any time, and we expect it to happen sooner rather than later. Indeed, there have been numerous dramatic cancellations over the years; many shows survive only three or four years.

In the Ophelia Lovibond – Jake Johnson comedy, nothing is guaranteed about the future. We may see more in the future, but it will be some time before we know for sure. HBO Max is not obligated to make an announcement fast and could instead utilize the next several weeks to gauge overall season viewing. 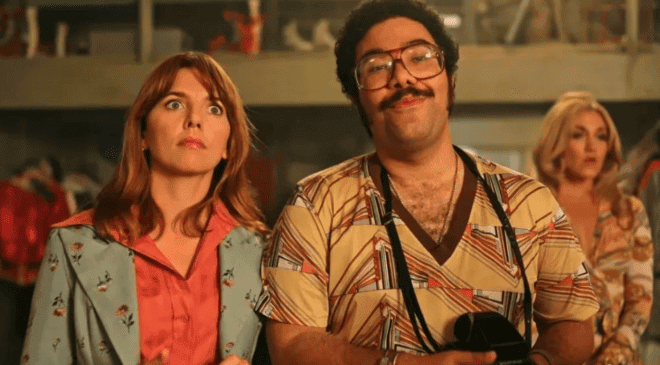 We think at the very least another season is worth it from where we’re standing. It is true that HBO Max has been there for some time, but a strong lineup of original programming that is not necessarily associated with HBO still has to be built for the service.

Some of them, like The Flight Attendant and Gossip Girl, have been financially successful, but one of them already had a following due to the original. Allowing shows the time and space they need to blossom into something truly special is sometimes necessary.

What Can We Expect from Minx Season 2?

Season Two would have plenty of stuff to work with since our favorite characters were at a crossroads. The formerly strong bond between Doug and Joyce is now destroyed after a series of betrayals and lost trust.

Bottom Dollar Publications has been sued multiple times, and a lawyer has urged Doug to retire Minx. Doug hires Tina as Managing Editor and hunts for a new Editor-in-Chief. Doug, on the other hand, begs Joyce to return so they can repair Minx.

“How about giving up your power?” “Joyce” “Minx is yours.” “Use it as you like.” Preferably, I won’t do anything without you. But, as Doug has said, Joyce is a writer and editor, not a publisher.

Joyce seems to be creating Minx on her own in Season 2. Despite Joyce’s pre-finale trepidation, things between her and Doug are far from over. 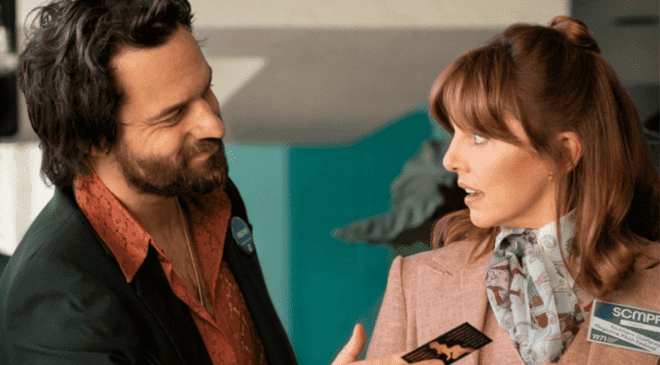 Tina is seen searching through Wharton and Harvard acceptance letters, indicating she may not be staying at Bottom Dollar for long. Shelly returns to her husband’s arms in the season finale, ending Bambi and Shelly’s relationship.

Bambi has had a few rough days since Doug left her life and the future of Bottom Dollar is unknown. Doug’s crackerjack team is still intact, but Bottom Dollar’s heyday is past. Season Two will likely center on Doug’s attempts to recover his team.

In spite of the fact that the program hasn’t been renewed, the creative team has a strategy in place. You need to be able to pitch up to Seasons 3 and 4 of programs, executive producer Paul Feig said to Collider in an interview.

To go, ‘Here’s where this program is heading,’ but not in great depth. So, yes, we know where it’s headed. I’m afraid I’m unable to tell you, but I can say that it’s excellent. At times, you’ll be surprised by what you learn. She’s got it all figured out,” says Ellen.

Who is in The Cast of Minx Season 2?

These Are Some of the Cast of Minx Season 2.

Has Minx Been Renewed or Cancelled?

HBO Max has a genuine hit on its hands, critics say. The show has a 92 percent fresh rating on Rotten Tomatoes. “Minx is a breezy frolic that also manages to be analytical in the ways it interrogates sex,” the Hollywood Reporter and Decider said, “while “Minx is effervescently delightful.”

Whether or if Johnson intends his character Doug to become “iconic and exhilarating” remains to be seen. So long as the streaming gods are on his side, the show’s lead actor will be on board.

Your estimate is as good as ours because no official renewal has been received yet. In the meantime, keep an eye on this space. As additional information becomes available, we will update you soon.

Is Minx inspired by a true story?

How many Minx episodes are there?

There is a total number of 10 episodes of Minx.

Did Minx ever exist?