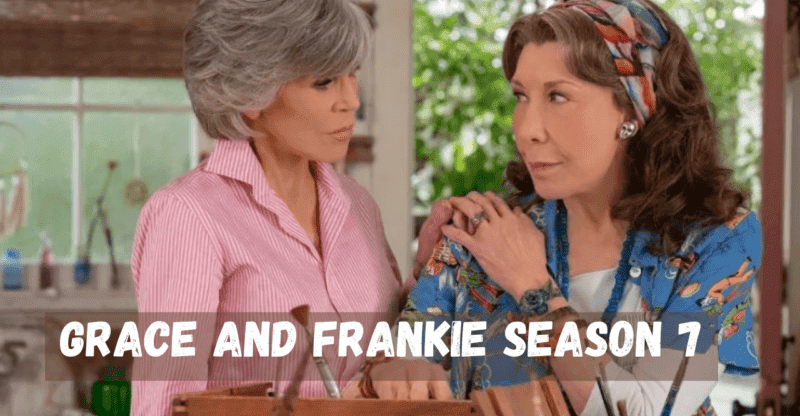 Frankie Bergstein, and Grace Hanson, portrayed by Jane Fonda and Lily Tomlin, are two unlikely friends who are brought together when their husbands disclose their love for one another and their intentions to marry.

The first season of the program premiered on Netflix on May 8, 2015, with future seasons following between 2016 and 2020.

Season 7 of Grace and Frankie is rapidly nearing its launch date. As a consequence, here’s all we know about the show’s last season and what we may anticipate from it in the meantime.

Who Is in the Cast of the Grace and Frankie Season 7?

Grace, a former cosmetics magnate, is played by Jane Fonda. Klute, Coming Home, and They Shoot Horses, Don’t They? are among Fonda’s best-known films. She’s also a long-time political activist who publicly protested the Vietnam War and has lately led several climate marches.

Frankie, a retired art instructor, is played by Lily Tomlin. Tomlin is most known for his roles in the movie Nashville, 9 to 5, and Tea with Mussolini, as well as the television show The West Wing. She also provided the voice of Miss Frizzle in the animated film The Magic School Bus.

Robert, Grace’s ex-husband, is played by Martin Sheen. Sheen is best recognized for his roles as President Bartlet on The West Wing and in the film Apocalypse Now.

Sol, Frankie’s ex-husband, is played by Sam Waterston. Waterston is most recognized for his role as Jack McCoy in Law and Order: Special Victims Unit, which he recently returned, as well as his roles in Nixon and The Killing Fields. Waterston was most recently seen in the film The Dropout.

The plot of Grace and Frankie’s Season 7

Grace and Frankie’s lives were flipped upside down seven years ago when their longtime spouses left them for… each other. Grace and Frankie established an odd and unshakable relationship as they faced uncertain futures head-on and hand-in-hand as sparring partners and partners-in-crime. 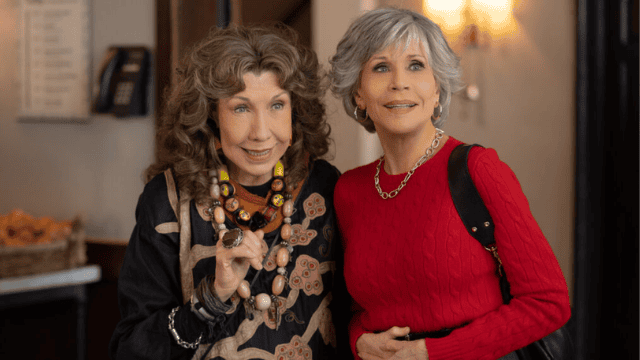 They’ve laughed, sobbed, done shrooms, and twice over become successful businesses. Grace and Frankie continue to show themselves, their families, and their fans what it means to live life to the fullest, boldly and unashamedly, after a record-breaking 94 episodes.

Let’s toast to seven seasons of laughs, tears, mood-lifters, and positive vibrations. Fuck it, as Grace and Frankie would say. They may be at the end of the book, but they’re only getting started.

Release Date for Season 7 of Grace and Frankie

Grace and Frankie Season 7 has finally been given a release date on Netflix. On Friday, April 29, 2022, the last 12 episodes of the hit comedy-drama series will be accessible for streaming.

How Many Episodes do Grace and Frankie season 7 Have?

We’re still waiting for Grace and Frankie season 7 part 2-episode names and synopses, but here’s what you can expect from the first four episodes of the final season:

“Grace and Frankie feverishly search for the money they concealed, with their exes living at the beach house and FBI agents who nabbed Nick prowling around.”

“Grace and Nick discuss their marriage at his arraignment as Frankie retrieves the cash. Joan-Margaret devises a scheme to launder the funds.”

“Bud tries to calm the tensions at the beach house by preparing a brunch for the two families, but past revelations cause even more resentment.”

“Nick has a chance to get out of jail, but Grace prefers the status quo; in the meantime, an old acquaintance assists Frankie with money laundering.”

Is there a Trailer for Grace and Frankie Season 7?

Grace and Frankie Season 7 trailer is now available. We’ll find out shortly how the program will conclude the story of these two friends, however, it won’t be a Thelma & Louise conclusion, as we can see from the trailer.

When Will Grace and Frankie Be Available to Watch?

From Friday, April 29th, the seventh season of Grace and Frankie will be available to stream on Netflix.

Will There Be a Season 8 of Grace and Frankie?

According to the Most Recent News, the Series’ Streaming Platform Has Cancelled Season 8.

How Many Episodes Do Grace and Frankie Have?

Grace and Frankie Have 94 Episodes in Total.