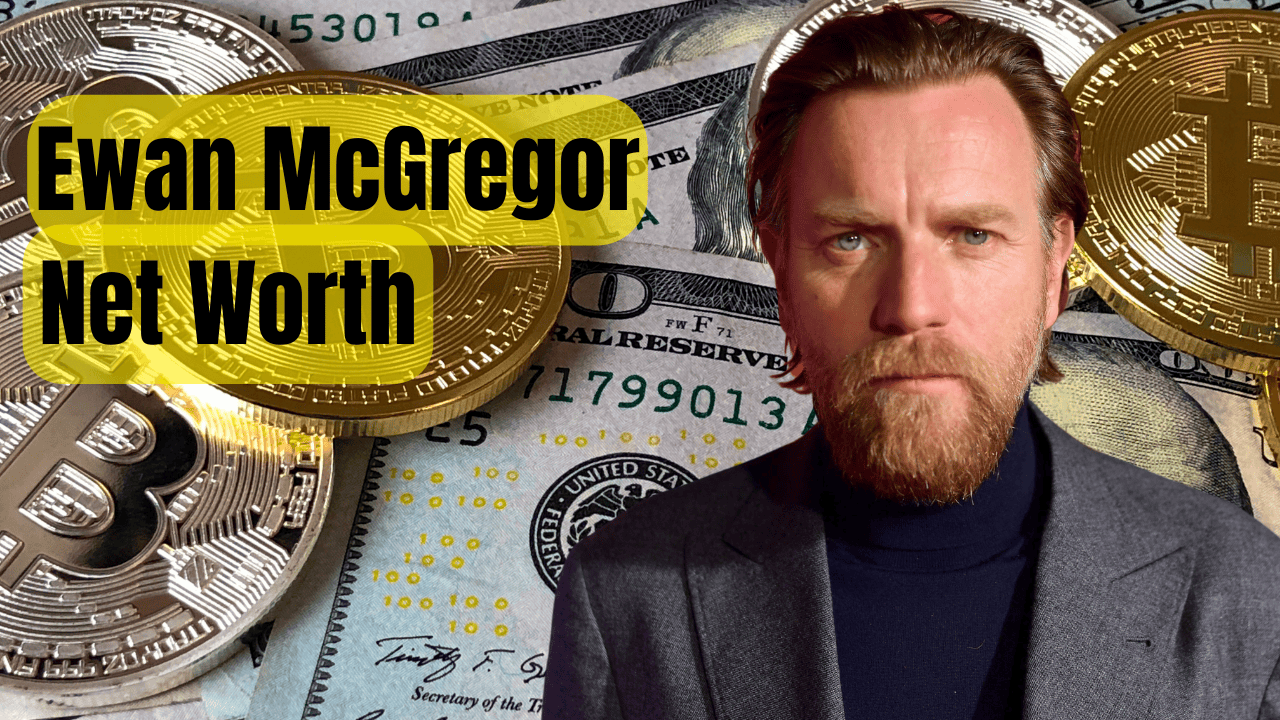 Throughout his acting career, McGregor has appeared in a number of films, television shows, and musicals. You might recognize him from the Star Wars prequel trilogy as Obi-Wan Kenobi.

McGregor dropped out of high school at the age of sixteen. He worked as a stagehand at Perth Theatre and studied drama at Kirkcaldy College of Technology during this time. He traveled to London when he was 18 to pursue his education at the Guildhall School of Music and Drama.

Ewan Gordon McGregor was born in Perth, Scotland, on March 31, 1971. McGregor was up in Crieff with an older brother and was encouraged to pursue acting by his uncle, Denis Lawson, an established actor who played X-Wing pilot Wedge Antilles in the original Stars Trilogy. 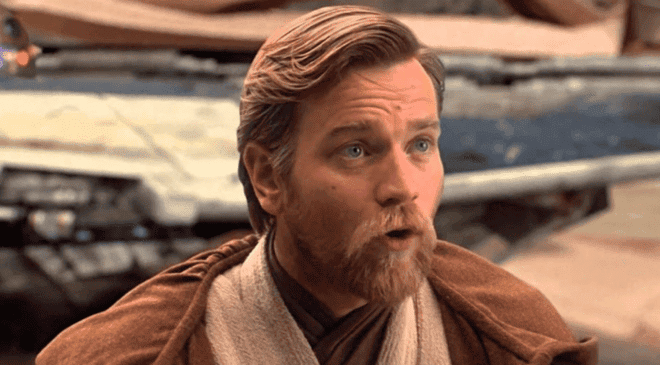 At the age of 16, Ewan dropped out of school to work as a stagehand at Perth Theater. He went on to Kirkcaldy College of Technology to study acting before relocating to London at the age of 18. He completed his theater studies at the Guildhall School of Music and Drama after landing in England’s capital.

Before finishing theater school, McGregor landed a major part in the miniseries “Lipstick on Your Collar.” His breakthrough in “Scarlet and Black” and “Being Human” drew the attention of the British film industry. Soon after, Ewan featured in “Shallow Grave.”

The film, McGregor’s debut with Danny Boyle, helped him achieve a broader following. He also received an Empire Award for his efforts.

McGregor’s part in Danny Boyle’s “Trainspotting” made him a global star. Critics praised Ewan and his co-stars for portraying a gang of Scottish heroin users. It’s largely acknowledged as one of the best Scottish and British films ever produced. It made $72 million on a budget of less than $2 million.

Ewan had a starring role in the romantic picture “Little Voice” before he was cast in the role of a lifetime. As a teenage Obi-Wan Kenobi in “Star Wars Episode I: The Phantom Menace,” George Lucas cast Ewan McGregor back in 1999.

However, the long-awaited prequel trilogy was welcomed with a mixed reception from critics and fans alike, although the global ticket sales for ‘Phantom Menace’ were unquestionably profitable.

There was a total of more than $2.5 billion in ticket sales for this prequel trilogy. In spite of the negative reviews of the prequels, many believed that McGregor’s portrayal of Obi-Wan was one of Star Wars’ most memorable characters.

Additionally, McGregor landed a role in “Moulin Rouge!” around this time period. Another box office success, and McGregor’s first Golden Globe Award, was achieved with the 2001 film. Aside from “Down With Love,” Ewan McGregor had a starring role in “Young Adam” and “Big Fish” in 2003. His performances in all three roles were praised by critics, proving that he had a talent for picking outstanding projects.

Famous movies that he starred in

In the years that followed, McGregor made a name for himself as a voice actor, appearing in such films as “Robots” and “Valiant.” Many movies and television shows have been voiced by Ewan over time. “The Island” with Scarlet Johansson was his return to the science fiction genre in 2005. He also appeared in “Stay” that year. A number of films featuring McGregor were released over the rest of the decade, including Cassius Dream, I Love You Phillip Morris, The Ghost Writer, and Angels & Demons, to name just a few.

“Salmon Fishing in Yemen” earned Ewan a second Golden Globe nomination in 2010. Prior to starring in “Mortdecai” in 2015, he starred in 2012’s “August: Osage County.” In 2016, Ewan McGregor directed and performed in “American Pastoral,” his directorial debut.

In 2017, he returned to reprise his iconic role in “T2 Trainspotting,” the sequel. As well as “Beauty and the Beast,” he landed a role opposite Emma Watson in the live-action Disney remake that same year.

He joined the cast of “Fargo” for the third season of the FX series to round out the year. His on-set chemistry with Mary Elizabeth Winstead eventually led to a love relationship.

Ewan McGregor appeared in a number of movies at the end of the decade, including Christopher Robin, Dr. Sleep, and Birds of Prey. Disney+ revealed in 2019 that Ewan would be starring in his own show.

Many Star Wars fans were ecstatic to hear that the show would center on Obi-Wan Kenobi’s life, as Disney indicated in the series’ introduction.

Colin McGregor, his older brother and a former Royal Air Force pilot, is his only sibling. 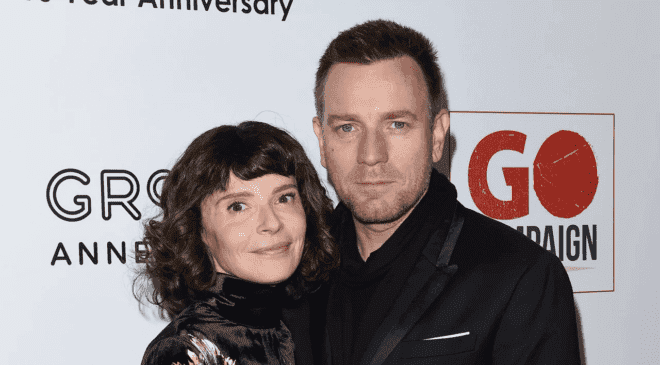 After 22 years of marriage, Ewan and Eve Mavrakis negotiated a settlement in August 2020. Eve received a $6.6 million mansion, her jewelry, a bank account with $500,000, and five cars as part of the settlement agreement.

While Ewan’s regular movie profits continue, she will receive a percentage of them as well. That includes three “Star Wars” films, as well as a slew of other big-budget releases.

Net Worth of Ewan McGregor

It’s estimated that Ewan McGregor’s net worth is $25 million. Ewan McGregor is best recognized for playing Obi-Wan Kenobi in the Star Wars prequel trilogy. Moulin Rouge and Trainspotting have made him a household name.

Ewan has won numerous honors over his career, including a Golden Globe. Among the most important people in British culture in 2004, he was ranked number four. McGregor is a well-known stage actor in addition to his work in cinema and television.

When Eve Mavrakis and Ewan McGregor married in 2002, they bought a Los Angeles home for $1.9 million. When Mcgregor and Mavrakis divorced in 2018, the Brentwood home they had shared for the next few years was no longer theirs.

Regardless of who earned the money in the first place, California law mandates a 50/50 distribution of all marital assets when a divorce petition is initially filed by either party.

As of 2019, however, it was rumored that judges will most likely grant Mavrakis exclusive custody of the children and hence the entire family home as well.

The residence is normally handed to the parent who has custody of the children in California divorce procedures in order to provide the children with a stable environment. Ewan’s plea for joint custody was turned down. This verdict is anticipated to cost McGregor $4 million.

Ewan McGregor was house hunting with Mary Elizabeth Winstead, his new love interest, while all of this was going on.

McGregor’s divorce was sparked by his affair with Winstead, and he and his wife divorced soon after compromising photos of them together were revealed in 2017. The couple purchased a new house in Topanga Canyon in 2019.