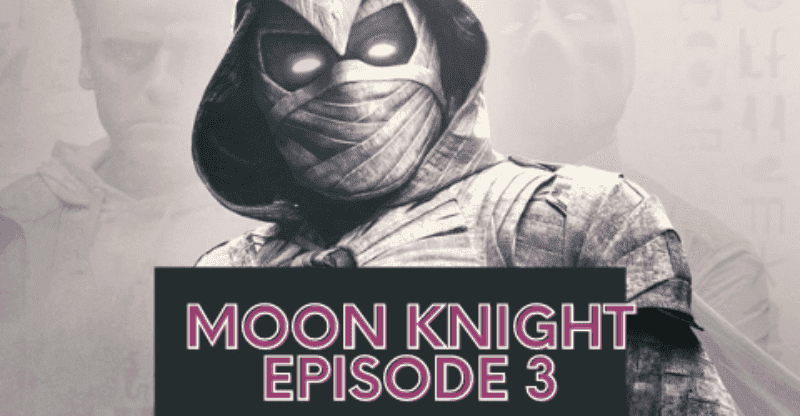 Moon Knight Episode 3: Moon Knight is a superhero with a dissociative identity disorder. Steven Grant, a museum employee, has no idea he’s out in the world as a superhero when he blacks out and has gaps in his memory (at least in the comics and this television version).

Moon Knight is a fictional superhero who appears in comic books and video games. It’s hardly unexpected that the character has a strong relationship with ancient Egyptian tales and traditions. As Moon Knight, he represents Khonshu, the Egyptian spirit of vengeance, who directs Moon Knight to carry out his violent will.

Since its amazing first episode debuted on television screens last week, tens of thousands of people around the world have been buzzing about Moon Knight. A premiere episode had the entire world talking about it for a week after it aired on television screens. The story of the kind and unassuming Steven Grant is told in Moon Knight, a Marvel Cinematic Universe series starring Oscar Isaac as the eponymous character. The latter becomes embroiled in a conflict between a mercenary named Marc Spector and an old Egyptian moon deity named Khonshu.

There is no doubt, though, that the Disney Plus series will take on even more intriguing twists and turns in the future. But, before we get there, we need to know when the next episode of the show will be broadcast.

The second episode of Moon Knight Season 1 was titled “Summon The Suit” and was published on April 6, 2022. For the second time in the episode, Steven awakened in his flat, unsure whether his encounter with the creature’s last knight was a dream or a nightmare. As a result, he went straight to the museum, where he saw all of the wreckage caused by the conflict. 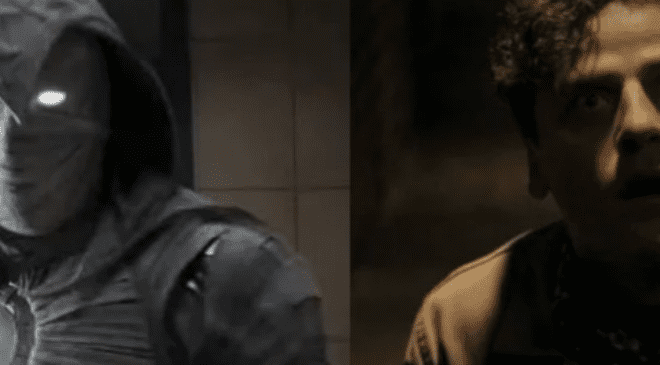 First, he sought to prove his credibility by presenting the security officer with a week-old CCTV film. The camera broadcast simply showed Steven, afraid and running. Mark, his divided personality, was also seen exiting the bathroom following the struggle.

After being sacked by HR, he started to investigate his personal life. So, he went to the locker storage facility and found his apartment keys. He found firearms, cash in different currencies, and a passport in the name of Marc Spector, his second identity. In the end, he got away from Khonshu and met Layla, who claimed to be his wife and that he was Marc, not Steven.

In terms of episode 3, we know that Steven Grant has been shelved, at least for the time being. Marc Spector has taken over, knowing how high the stakes are with Arthur hot on his tail. He is completely at the mercy of Khonsu, at least for the time being, as he recognizes that giving up his duty as an avatar may force Layla to take it on instead. We know very little about Arthur, but we already know that sacrifice is certainly highly important to him. 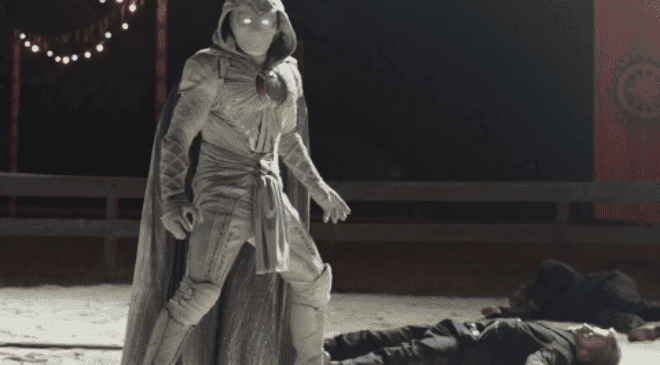 We anticipate that Egypt will be the principal backdrop for the upcoming episode, as the cat-and-mouse game between Oscar Isaac and Ethan Hawke’s characters continues. Arthur is far from your stereotypical Marvel villain, but his broader goal is beginning to emerge.

This might be a tragedy since she behaves almost like Minority Report, preventing impending evil and therefore undermining the notion of free will or choice. A person’s appearance does not make them terrible.

We just hope to meet Mr. Knight again along the road. They’ve done an amazing job of conveying the heart of what may be a tough figure to understand. Moon Knight is one of the MCU’s most multifaceted characters, and we’re glad this show lets him stand alone for now. There will be time for more later.