Jereme Leonard, former FBI agent Ben Hansen, and psychic medium Sarah Lemos are brought in by Morgan City, Louisiana’s mayor and head of police to investigate a recent surge in strange emergency calls in the area. After consulting a local historian, they unearth frightening local history and begin crossing over the ghosts that have been haunting the little town for centuries. Each horrific case brings the investigators one step closer to discovering the truth about the spectral infestation of St. Mary Parish of Ghosts of Morgan City Season 2.

The Ghosts of Morgan City Team is here for you

In the Travel Channel’s “Ghosts of Morgan City,” Ben Hansen, Jereme Leonard, psychic medium Sarah Lemos, and tech advisor K.D. Stafford is the paranormal investigator featured in the series. The Morgan City, Louisiana, police chief enlisted the services of a team of paranormal investigators after the municipality saw an increase in complaints about unexplained incidents.

There is a haunted house that is possessed by the spirit of a small girl that the three of them engage with. They must comb through historical records and unearth frightening evidence one by one to terminate this ghostly tug-of-war.
Finally, if you decide to give this program a try, don’t just watch it for the strange idea; you’ll also learn a lot about Cajun culture, history, and some beautiful locations.

Also Read: All About The Mayor of Kingstown Ending: Is Kyle Dead or Alive?

Ben Hansen is the author of the book

Ben Hansen’s interest in the paranormal was sparked by the show “The X-Files.” As a child, Hansen was enthralled by the show, which sparked an intense curiosity for the unknown. As a means of pursuing this interest, Hansen proceeded to the University of Utah, graduating in sociology and criminology with a bachelor’s degree. To further his career as an agent of the federal government, after graduating he worked for several private and governmental entities, conducting investigations into various types of crimes.

On the state and federal level, Hansen has a long history of solving crimes. But in his “X-Files” origins, Hansen continues to investigate paranormal occurrences. A number of media sources have been interested in Hansen’s expertise in criminal investigation and paranormal research due to his extensive knowledge. Hansen analyses the most recent viral tales of Bigfoot, UFOs, and ghosts by dissecting captured footage of these incidents. He’s presented his results at dozens of conferences throughout the world and is well-known for them. Jereme Leonard works as a Tangipahoa Parish fireman during the day, but at night he devotes himself to his real passion: investigating the paranormal. For the last 10 years, he has worked as a demonologist and a paranormal investigator. Author of “The Dwelling: A Dark Entity” and creator of the Cajun ministry as well as an ordained preacher. As Leonard puts it, “I’m a magnet for people and their spirits.” “I’m attracting them.” Leonard’s spiritual experiences are everything but smooth sailing. Poking, pushing, and punching him are just some of the things that have happened to him.

Sarah Lemos Is the Author of This Article

Real-life “firestarter” Sarah Lemos has mastered the art of psychic mediumship by putting her gifts to good use. Currently, Lemos is a student at Lisa Williams International School of Spiritual Development, where she has received certification in spiritual development. Ultimately, she wants to transform the world’s perception of death and dying.. She teaches students about metaphysics when she isn’t performing as a spiritual and paranormal expert at events.

It is said that K.D. Stafford is a “paranormal crazy scientist.” ‘ As technology progresses, Stafford builds more advanced paranormal research equipment that stretches the boundaries. As well as enhanced sky rim mirrors, which employ LED lights to view the ghosts, and the most advanced ghost boxes on the market, he has created ghost helmets that enable the general public to improve their sixth sense. A combat equipment technician and noncommissioned officer in the United States Army, Stafford has almost eight years of service.

To repair high-tech combat vehicles’ mechanical and electrical systems, he was exposed to the army, where he became fascinated with microcomputers. Stafford’s fascination with the supernatural dates all the way back to his earliest years. He has always been fascinated by strange events and mysteries. Stafford is now on a quest to utilise technology to uncover explanations for the strange and inexplicable.

Can You Tell Me When the Second Season Will Be Out?

No word yet from the Travel Channel on the second season of Ghosts of Morgan City. Too far, the next season has no definite release date as of February 2022. This does not mean that the programme has been cancelled. However, the programme may be taking a break, and the next season has not yet been announced or set in stone. This site will be updated when new information becomes available. When Season 2 starts, you’ll be alerted through email a brief synopsis of the upcoming television series Ghosts of Morgan City.

A team of paranormal specialists is assembled by the mayor and police chief of Morgan City, Louisiana after an upsurge in unexpected emergency calls prompts them to do so. 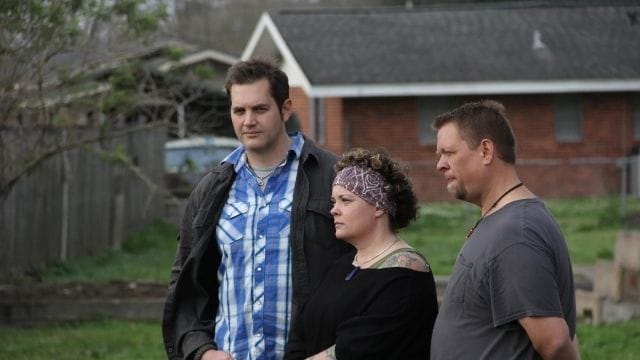 Is There Anyone You Should Know From the Cast of “Ghosts of Morgan City”?

There are three main actors playing the main characters in “Ghosts of Morgan City”: Ben Hansen, Jereme Leonard, and Sarah Lemos “Fact Or Faked: Paranormal Files” star Hansen is well-known for his work on the show, as well as “Paranormal Lockdown” and “Ghosts Of Shepherdstown.” As a former FBI agent, he has an uncanny ability to conduct thorough investigations. Demonologist Leonard has been featured on several podcasts.

The team’s psychic, Lemos, completes the group. The ‘Ghost Hunter Cruise,’ hosted by Banner Travel, has featured her in the past. In her early years, she lived in Salem, Oregon.

While they’re there, they’re joined by local historian and archivist Diane Wiltz along with Police Chief James Blair and Mayor Grizzaffi, who’s watching everything closely. 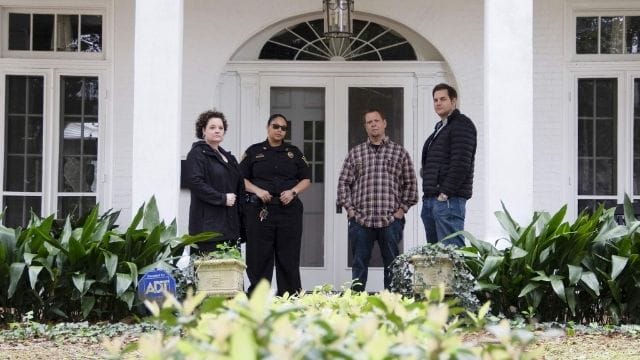 Has it been cancelled or postponed for any reason?

Ghosts of Morgan City Season 2 has not been cancelled at this time.

Does Netflix have Ghosts of Morgan City?

If you want to know when Ghosts of Morgan City Season 2 will be available on Netflix, you can check out Netflix Schedule.

How many seasons of Ghosts of Morgan City are there?

Ghosts of Morgan City has aired one season as of March 2022.

Beastars Season 3: What We Know So Far