There’s a fresh look. The fifth season of The Resident is now airing.

It’s nearly a must for every major U.S. network to have a medical drama in their primetime lineup, and The Resident, which is currently in the middle of its fifth season, fulfils that criteria for Fox.

“The Resident” was created by the trio Amy Holden Jones, Hayley Schore, and Roshan Sethi, and it had its broadcast television debut on Fox during the winter of 2018. The Resident is one of just two returning scripted primetime programmes on Fox this autumn, the other being 911. However, new series Our Kind of People and The Big Leap will also be entering the weekly lineup this season.

Here’s everything you need to know about The Resident season 5 so you can enjoy the show.

When will the next episode of The Resident air?

Fox’s The Resident returns with a brand-new episode on Monday, March 8 at 10 p.m. The following is a synopsis of the episode “In for a Penny,” which can be found here:
“An overdosed John Doe is taken to Chastain after Devon treats him with a revolutionary medical fluid that doesn’t proceed as anticipated, launching Conrad right into a much greater scandal than he could have imagined.”

What is the premise of the film The Resident?

It follows a group of doctors at Chastain Memorial Hospital, including the main resident, Dr. Conrad Hawkins, as they go about their daily lives. The storylines are concerned with both the professional and medical issues that the group tackles, as well as the individuals’ private lives.

Season four was tasked with a great deal of hard lifting. After being forced to cut its third season short due to the pandemic, the opening episode of season four featured our main protagonists’ first encounter with the virus in the early days of the outbreak. However, the marriage of Conrad and Nicolette marked the beginning of the season, bringing with it a pleasant occasion.

On the heels of that, Nicolette‘s pregnancy and subsequent difficult pregnancy were a constant presence throughout the season, eventually culminating in the birth of her and Conrad’s first child, a daughter.

However, while no details have been disclosed about the plot of season five, we do have some hints as to the type of drama that will be taking place owing to Fox’s first promo for the programme (see below) and some unexpected casting news.

Who is a member of the cast of The Resident?

It has always been Matt Czuchry, who plays Conrad, and Emily VanCamp, who plays Nicolette, who have been the one-two punch of The Resident. However, according to Deadline, VanCamp will no longer be a regular character on the series.

Following the conclusion of Season 4, according to Deadline, VanCamp requested that he be released from the show. In addition to the possibility of her appearing as a guest star in future episodes, her character’s storey arc is scheduled to conclude early in season five. VanCamp is best recognised for her role as Sharon Carter in the Marvel Cinematic Universe films and television shows, in addition to her role as the Resident.

The rest of the cast of The Resident is set to return for season five of the television series. This includes the following:

Is a trailer for The Resident available?

In a 30-second trailer for the upcoming season of The Resident, Fox teases that there will be significant changes. While the promo does not go into depth, it does promise substantial changes for the season ahead. The teaser trailer, which includes quick glimpses into some of the medical emergencies that will occur throughout the season, also hints how VanCamp’s Nicolette may be written out of the show in the future.

Instructions on how to view The Resident

If you want to watch The Resident live when it airs on Fox, you’ll need one of three things: a TV antenna, a standard cable subscription, or a membership to a virtual multichannel video programming distribution (vMVPD) service that provides live local channels.

In terms of the first two, you’ll need to look into what’s available in your area, but vMVPD services that offer live Fox broadcasts include Fubo TV, Hulu with Live TV, Sling TV, and YouTube TV, to name a few examples.

Fox released a trailer for the film via Twitter, which you can see below. 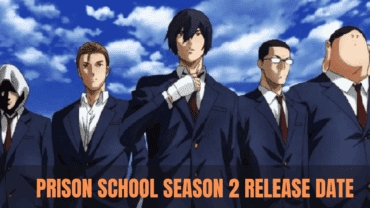