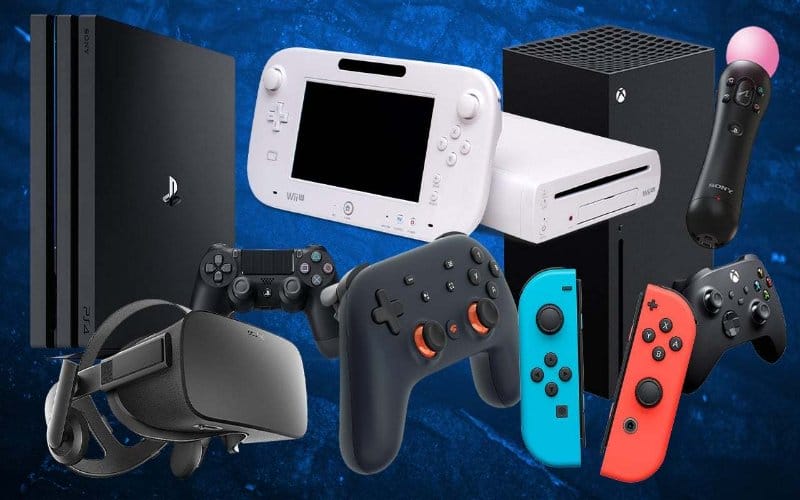 The gaming industry is an innovative sector in the world today. It is linked to culture, entertainment, and even social networking. From joysticks and traditional consoles to current trends and technologies, there have been many changes.

Plenty of people love the gaming industry worldwide, though, no matter the changing styles, games, and technologies. Here’s a look at some of the crucial developments that happened in the last few years.

One of the biggest changes to ever happen in the industry is the creation of mobile games. They’ve been around since 2002 with early Nokia phones. However, the launch of the iOS App store made their popularity take off.

That, combined with the power of Wi-Fi, it wasn’t long before people started to use their mobile gadgets to play games that were once impossible to play on the screen.

For instance, today, people can find the best online casinos in India and engage in dynamic gameplay that was once only possible through brick and mortar casinos.

The popularity of these games skyrocketed, with top-ranking games getting downloads of about 100 million or more. Given the successful mobile launch of apps and games, it’s clear that mobile gaming isn’t going away any time soon.

From games like World of Warcraft to social media platforms like Facebook jumping on the bandwagon to launch their own gaming systems, the online gaming landscape is ever-expanding.

This form of gaming has undergone many revolutions; we can witness the current one with gaming apps like PubG and Fortnite. In future, the multiplayer options will become even more engaging with AR/VR technologies.

Another trend in the industry is that you can now sign up for subscriptions. Whether it’s on Playstation Now, Google Stadia, Apple Arcade, or Xbox Game Pass, you can subscribe to different games. In addition, Netflix might join gaming, too, and it is expected to launch soon.

Top gamers can now earn big money when they stream games to their followers. They often use platforms like Twitch to send out the video content.

It helps other players feel like they’re part of the action, contributing to the immense popularity of online and mobile gaming.

One of the many changes in the gaming industry is the rise of story-driven games. They provide an excellent alternative to action-packed games.

Narrative games or stories have always been popular. But there haven’t been any good games that have dominated the market in the last few years.

The Nintendo Switch is one of the most popular consoles in the world. The lighter version of the Switch console was perfect for handheld gaming.

For those who enjoy playing games on a smaller screen, this is an ideal gaming gadget. You won’t have to worry about setting up your console.

You only need to take out your Switch gadget to start playing, meaning you can play these games on the go from anywhere. Whether you’re at home or waiting for another class, or resting after a long day, you can play with the gadget any time you want.

In many parts of the world, there have been local and international prizes offered for playing games. Some require a team, while others could enter by themselves. The awards give creators recognition while drawing in new gamers.

The awards are a considerable improvement, stimulating interest and growth in gaming communities. They encourage players to give the games a try. Also, with the prize money, gamers now have a chance to get something out of honing their playing skills for hours on end.

Aside from mobile gaming, there’s also PC and console gaming. Some are also using cloud gaming. The last one is the latest kind of video game technology.

Players can also try VR/AR gaming. These are just some of the gaming technologies that gamers would love to have.

Another trend that’s been seen in the video game industry is that the market is expanding. It used to be that games were the sole territory of a particular gender, age, or demographic.

These days, though, the target market is a mixed bag, with players from across the demographic. That has led to huge demand. Imagine the size of that consumer market.

Considering the nature and theme of many games available on the market, though, it’s easy to see how much they cater to a varied age group of players. The more options players have, the more they’ll have fun. Because in games, they can be themselves.

Lots of people have expressed nostalgia about the consoles they used to play as kids. Many gaming companies responded to these by launching updated versions of their consoles.

More and more people checking out vintage video games could lead to high prices for vintage gaming gadgets and supplies.

That’s another trend that you might need to watch out for if you love anything related to gaming and vintage gadgets.