Helen, an independent old woman, briefly moves into a retirement home and finds the unique and amusing retirement community’s many high school-like cliques and social conventions in ‘Queen Bees,’ a comedy-drama film. Michael Lembeck is the director.

Helen’s daughter wants her to move into the Pine Grove retirement community after a tragedy severely damages her mother’s house. Helen hesitantly agrees to move to Pine Grove because the renovations would take at least a month to complete.

She observes the social scene of the old society, which is ruled by the Queen Bees. Helen laments her house and seclusion at first, but she soon becomes friends with the Queen Bees, develops a passion in competitive bridge games, and forms a relationship with fellow patron Dan. The story is held together by Helen’s different ups and downs as she adjusts to her new existence.

Helen (Ellen Burstyn) is fed up with receiving pamphlets for the Pine Grove senior living home. She’s giving a staff member a piece of her mind over the phone when we first meet her, asking them to stop wasting paper trying to get her to relocate there.

She enjoys living alone in her family home, having tea with her grandson Peter (Matthew Barnes), and relishing her freedom. Helen is forced to live into Pine Grove while repairs are made when she locks herself out and unwittingly ignites a home fire – a move she says is merely temporary.

While she is first opposed to the relocation, she realizes that it is a better alternative than living with her daughter Laura (Lost’s Elizabeth Mitchell), with whom she has had a rocky relationship for some years. Helen quickly discovers that Pine Grove isn’t as idyllic as it appears, owing to the “queen b’s,” a trio of ladies – Janet (Jane Curtin), Margot (Ann-Margret), and Sally (Loretta Devine) – who govern the community’s halls.

Helen is courted by the attractive Dan (James Caan), who appears to know all the right things to say, while she adjusts to this new social system. Things may seem challenging at first. But Queen Bees assures us that it’s never too late to be kind. It opens your mind to unique experiences, fall in love, and let go of the past.

Peter is one of our favorite characters because, in addition to being an advocate for his grandma, he is also delightfully protective of her. When he learns about Dan, he decides to have a discussion with a man old enough to be his grandfather. She is his favorite dance partner, and they have regular tea on Thursdays. It’s adorable and gives you a sense of what Charlie, Helen’s late husband, was like. Especially since Laura resembles her mother.

Helen first refused to be a member of the Queen Bees since she is in or nearing her eighties. Thus Janet’s demand for high school drama was not her cup of tea. Helen, on the other hand, despises bullies, and Janet had the wrong one. So, while everyone else was terrified of Janet’s sharp tongue or avoided her, Helen went head-to-head, and it was a sight to behold.

There aren’t any major shenanigans or funny back-and-forth remarks. What’s more, the way this war reveals and pushes both people are fantastic. It exposes Janet’s flaws and secrets, forcing Helen to break out from her routine, form new connections, and, in the end, be more open and forgiving.

Queen Bees: Where To Stream?

‘Queen Bees,’ on the other hand, is not currently included in Amazon Prime‘s basic membership plan. However, if you want to see the movie on the platform, you may rent it on-demand.

Read More: Things Heard & Seen: Ending Explanation – Is It Based On True Story?

Queen Bees enchanted me, despite its conventions and predictability. Perhaps it’s because I adore all of the actors, or because I’m a sucker for films depicting the elderly enjoying their best life (there should be more!). Maybe it’s just because films that are too sentimental, well-intentioned, and feel like they were created for television are sometimes what the heart desires. Nothing in Queen Bees’ hour and 40 minutes will likely surprise you, but who watches these movies expecting to be amazed?

We’ve come for a balm, a voyage that may bring a few tears to our eyes, but is mostly here to warm our hearts and provide us some peace of mind in this wild world of dark thrillers and loud action movies. And Queen Bees delivers on that promise. Queen Bees may have been written off with its cheesy soundtrack and clichéd writing if the cast had been made up of nobodies. It’s a boring narrative, and the directing of the picture isn’t much better. This is, however, the cast! I mean, just the presence of James Caan is enough to persuade you. They don’t even call to report it.

They’re all in on the whole thing, paying Queen Bees as much attention as they would The Godfather or The Exorcist. (Okay, they’re not quite on that level, but they’re still amazing.) Moments that could otherwise have been lost in the film’s sugary tale are raised to a position where they’re actually emotional; I got a bit teary when Margot finally got a glimpse into Arthur’s apartment, and when mother and daughter reunited and had a good ol’ cathartic weep.

It may have been sight without this cast, but they genuinely make it entertaining. Queen Bees may not linger in your mind long after the credits have rolled, but it’s enjoyable enough to justify nearly two hours of your time. It’s just so relaxing! 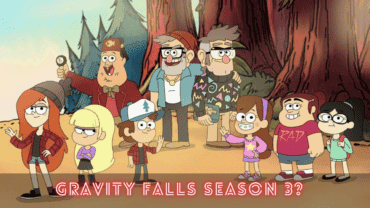