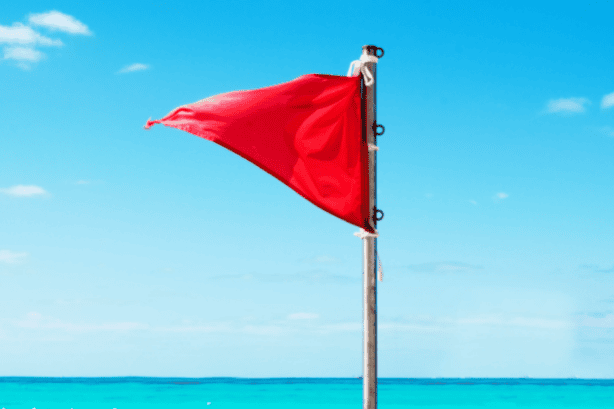 You’re not the only one who’s noticed an increase in the number of tweets featuring emojis of red flags. There are numerous alerts posted all over the platform. Using the red flag emoji to indicate opinions or behaviors that raise red flags is a new viral trend on Twitter. Have no interest in baseball? That should raise red flags, right? Promise someone you’ll pay them back in the future? Red Flags! Would you like pineapple on your pizza? Red Flags! are these your favorite Mcdonald’s combo? Red Flags.

According to Twitter, The number of tweets containing the emoji has increased by 455% in the last week, and on Tuesday Red-flag-emoji tweet count stood at 1.5 million. Here’s a rundown on all the red flags you’ve been seeing on your timeline, from friends warning you about a potential date’s perplexing attitude to companies trying to cash in on the trend.

Netizens have caught on to the trend, and large corporations can no longer ignore it. Netflix, for example, has now joined the Twitter red-flag game. As for story cliches, here is what the folks over at Netflix India had to say- “Protagonist who notices the girl only when she takes off her glasses and gets a makeover.”

What Do All The Red Flags Mean?

There are other contexts in which people use the term red alert, including in the media and everyday speech. A red flag, according to Merriam-Webster, is a “warning signal or sign” or “anything which suggests or brings attention to the situation, danger, or irregularity.” According to the dictionary, the term “red flag” was first used as a noun in 1748.
Twitter users can punctuate their tweets with the red flag emoji, or use a row of them to indicate that something is upsetting.

How Did The Red Flag Trend Kick-Off?

Mary Sue claims that Black Twitter users were the first to bring up the subject of red flags in dating, which got the ball rolling. Someone who is always online but takes a long time to text back was mentioned, as was someone who said they were still friends with their ex or that they were “gonna spend all day without speaking to [her].” One of the trend’s most retweeted tweets, criticizing the latter, has received over 28,000 retweets.

LinkedIn shared a red flag for all employees to keep clear!

The PGA Tour has flagged, “Golf is not a  sport,” and other brands are following suit.

"Golf is not a real sport."

Tell us about your red flags, whether it be skipping streaming movies or splitting the bill on the first date, we’re all ears.