Dragon Ball Xenoverse 2 is already the best-selling fighting RPG of all time, and a third game in the series is almost certainly on the way. The popularity of the Dragon Ball franchise, as well as its current strength, makes this extremely relevant.

Akira Toriyama’s beloved manga and anime series need players to travel back in time and stop time-traveling villains from interfering with the timeline. With 1v1 gameplay, fans may relive their favourite battles from the series, while also experiencing the original storyline. So now that we know what’s coming, let’s take a peek.

Dragon Ball Xenoverse 2, which went live in October 2016 and has been out for almost three years, is still going strong. In February 2015, a little over a year after the first game’s release, the sequel hit the stores. Given that previous Xenoverse games were revealed less than a year before their original release date, an announcement at the Electronic Entertainment Expo in June could pave the way for an early holiday launch.

Another possible speculation is that the game developers may have been holding out for the launch of next-gen gaming consoles like Sony’s PS5 that came out in 2020.

Let us tell you that all of this is just fan theories and speculations as Bandai Namco hasn’t jumped in to confirmed the official release date of Xenoverse 3.

During the dying minutes of Xenoverse 2, Goku suggested a notion to find the time patroller from the Orignal Xenoverse game to duel and see who is the strongest Time Patroller out there. According to this, the game could be a hybrid of sorts between the first game and its sequel, set against the backdrop of the vast Dragon Ball mythos.

It was in the original game that the player joined forces with Time Patrol Trunks, an incarnation of Trunks dedicated to protecting the space-time continuum from time-traveling villains Towa and Mir. The premise of the sequel was expanded by Mira and Towa, who brought in recruits like Turles, Lord Slug, and Bardock to help alter the timeline to suit their malevolent desires.

The two installments have already explored the elements of both Dragon Ball GT and Dragon Ball Super. However, a much-awaited sequel will meld these two worlds with different futures and distinct temporal anomalies of the main timeline and harbor few major changes due to tampering. 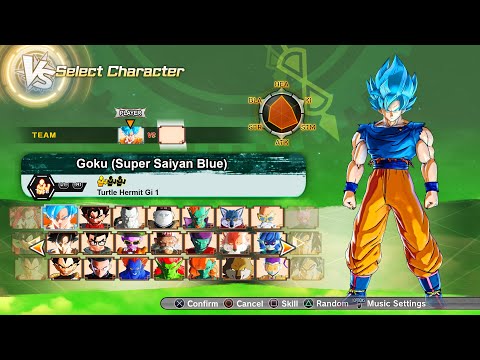