London: Raffia Arshad, a Muslim woman becomes the first judge in the United Kingdom to wear a hijab, after she was appointed a deputy district judge on the Midlands circuit last week. She had been practicing law as a barrister while wearing the Islamic headscarf prior to her promotion.

Raffia, 40, who grew up in Yorkshire, north England, dreamt of making a career in law since she was 11 years old. After 30 years, she is not only a successful barrister, but was appointed a Deputy District Judge.

A mother of three has been practising private law dealing with children, forced marriage, female genital mutilation and other cases involving Islamic law for the past 17 years. She also authored leading text in Islamic Family Law.

While describing a defining moment in her career in 2001, Raffia said that a family member told her not to wear her hijab to an interview for a scholarship at the Inns of Court School of Law, saying it would severely affect her chances.

“I decided that I was going to wear my headscarf because for me it’s so important to accept the person for who they are and if I had to become a different person to pursue my profession, it’s not something I wanted,” she told Metro.

Expressing the happiness over the responses she received after her appointment said, “I was happy, but the happiness I’ve had from other people sharing this is far greater. I’ve had so many emails from people, men and women. It’s the ones from women that stand out, saying that they wear a hijab and they thought they wouldn’t even be able to become a barrister, let alone a judge.’

She said: ‘The judicial office are doing their utmost to promote diversity and at the time they appointed me they didn’t know I was going to be the first hijab-wearing judge. I’ve been appointed on merit, not because I wear a hijab.

The joint heads of St Mary’s Family Law Chambers said they were “delighted” to hear the news of her appointment. “It is an appointment richly deserved and entirely on merit, and all at St Mary’s are proud of her and wish her every success”, Vickie Hodges and Judy Claxton said.

But while her success speaks for itself, she says she still faces prejudice and discrimination. Sometimes people mistake her for a client or interpreter while in the courtroom because of her appearance.

With discrimination rife in some parts of society, Raffia believes that young Muslims will be inspired to follow their dreams if they see more people who look like them in every profession. 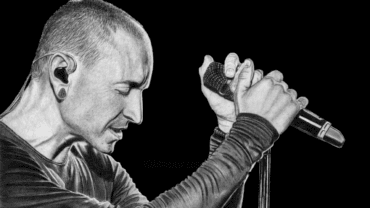