New Delhi: The Supreme Court was on Friday told that the mosque enjoyed a unique place in Islam and its religious significance does not diminish just because it was desecrated and destroyed through a “barbaric act.”

Adjudication of the politically sensitive Ayodhya land dispute case will be delayed as the Supreme Court will first decide whether the apex court’s 1994 decision in the Ismail Faruqui case that a “mosque is not an essential part of Islam” needs to be re-examined by a five-judge constitution bench.

The Faruqui verdict came on a plea challenging constitutional validity of Acquisition of Certain Area at Ayodhya Act-1993, under which 67.703 acres were acquired in Ramjanmabhoomi-Babri Masjid complex. It held that a mosque “is not an essential part of the practice of the religion of Islam and Namaz by Muslims can be offered anywhere, even in open and accordingly, its acquisition is not prohibited by the provisions in the Constitution.”

“I went through Quran and Hadith… They say a mosque is a mosque forever… You cannot say mosque has no unique place… It’s unique to that community… You can destroy a mosque, but you cannot rob it of its religious significance…,” senior advocate Rajeev Dhavan appearing for Mohammed Siddiqui, the main petitioner in the title suit, told a bench of Chief Justice Dipak Misra and Justices Ashok Bhushan and S Abdul Nazeer.

“There is fear that if the argument that mosques are not essential part of worship is upheld, what happened to Babri Masjid might happen to any mosque in the country,” Dhavan argued.

Justice Bhushan said the judgment said places of worship of all religions could be acquired, not just mosque. Dhavan agreed but said, “It doesn’t seem right to tell them (Muslims) that a mosque built by them has lost significance”.

Senior counsel K Parasharan, appearing for a Hindu petitioner, said these points had already been raised to attack the acquisition of 67.703 acres by the Centre in 1993. He wondered why Dhavan was raising them again when he was not challenging the acquisition.

The SC is hearing cross-appeals against the 2010 Allahabad High Court ruling that the 2.77-acre land of Ayodhya be divided into three parts, with one-third going to Ram Lalla, represented by Hindu Mahasabha; a third to Sunni Waqf Board; and the remaining to Hindu religious denomination Nirmohi Akhara. The court will hear the matter next on April 6. 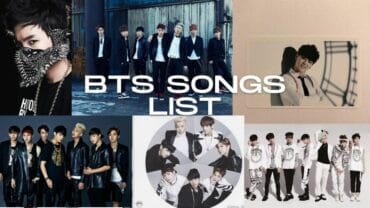