Jaipur: Amad Khan, a folk singer belonging to Manganiyar community was allegedly beaten to death following a dispute over a ritual in a local temple at Jaisalmer district. He was unable to satisfy a village faith healer Ramesh Suthar with the quality of a raag he was asked to sing on Navratri.

Ramesh Suthar, who belongs to the ‘Bhopa’ (exorcist) clan, had claimed that Amad Khan (45) had failed to perform a specific melody at the temple in Dantal village during the Navratra festival, because of which the spirit of the temple goddess did not enter his body. He allegedly thrashed the singer and broke his musical instruments.

Suthar allegedly entered the house of Khan, along with some accomplices on September 27 night and assaulted him again, leading to his death.

Local reporters said that Khan’s family received threats later and warned against going to the police. His brother told local reporters that they were terrified and so buried his body quietly.

However, a few days later they mustered the courage with the support of relatives and others who visited them to register a complaint with the police. But after this, the threats took real shape and about 20 terrified families belonging to the Manganiyar community of folk musicians have fled their native village.

Police have arrested Suthar and launched a hunt for two other accused after registering a murder case under Section 302 of Indian Penal Code.

The Dantal village sarpanch, according to the Hindustan Times claimed that Khan had died of a cardiac arrest, and that the Muslims had left the village in anger when the locals did not accompany them to the police station. The police, however, confirmed that he had died of physical assault.

Jaisalmer superintendent of police SP Gaurav Yadav has been quoted as saying, “We have assured them of protection if they want to return…We have also spoken to village elders and told them that cases would be lodged if they threaten the Muslims.” Yadav added.

According to Kavita Srivastava, a PUCL activist, the Muslim angle in this incident is not dominant but caste seems to have played a major part in this violence. “Amad Khan a Manganiya broke the code and went against the bhopa, all the communities came together against the Manganiyar in this Rajput dominated village”, Srivastava said.

Khan and the other families who have fled are “untouchable Muslim dholis” There are Hindu dholis as well, she said, suffering from the same caste discrimination. “If there was the caste / religion angle then the manganiyars in the first place would not be singing parcha and devi raag in the temple, during navratri, which is a normal feature,” she added.

The Langa Manganiyar community has been singing Hindu religious songs and spiritual verses in temples and at festivals for generations. 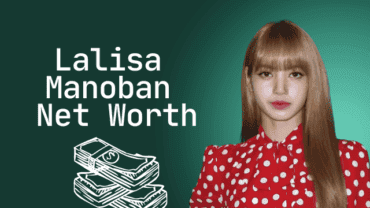